It sounded so logical: more choice is always better. More people can find exactly what they are looking for and if you stay with your trusted brand, you can simply ignore the new options. One benefit group, the other group encounter any disadvantage.

But 16 years ago led a research concern: more choice was indeed affected.

The researchers had put a test table in a supermarket. They offered six kinds of jam to. Some 40% of customers stopped to taste, and 30% of them bought jam. A week later, they repeated the experiment, this time with 24 jams. Now, 60% of customers a taste – but only 3% of them bought something.

The experiment was the basis for a well-known book, The Paradox of Choice, Barry Schwartz. He argues that we must always make more choices and that we are there increasingly unhappy with:

“[T] hough modern Americans have more choice than any group of people ever HAS before, and osmanthus, presumably, more freedom and autonomy, we do not Seem to be benefiting from it psychologically.”

Also researcher Benjamin Scheibehenne working at the University of Basel, as part joins in: “It is not clear That more choice gives you more freedom. It could decrease our freedom if we spend so much time trying to make choices. ”

We are not happier more choices, they say. The jam-research seems to prove it. The large supply attracted more curious customers, but sold much less.

But is it really so convincing evidence?

If less choice is always better, why Starbucks has over 80,000 possible combinations for their drinks? And how is it that Subway offers a total of more than 37 million possible sandwich? In supermarkets supply grows only. Have all those companies it wrong?

Aforementioned Professor Benjamin Scheibehenne reiterated the jam survey – which showed no significant effect. Szu-chi Huang, professor of marketing at Stanford University, has also done research for. They discovered that people in the early stages of a process like more choices, but as they come they prefer fewer options closer to the end.

Less choice is not always better. But sometimes. Let’s look at some examples.

A seller of office would save money. They decided to shorten their leaflets, in the hope that the savings on printing costs would be more than the expected drop in sales. Instead, sales increased correctly.

Also from a cost housing company decided to significantly reduce the available options. (And there were many: for example, customers could choose from 34 tile floors, 159 types of carpeting and bath taps 43.) And what happened? Customers chose just promote more upgrades and were happier with their choices.

And there are more examples where less choice indeed yielded a positive result.

Neil Patel, the well-known website Quick Sprout, saw a decline of 29% in social shares when he added two additional share buttons. When Unbounce brought back the recording options for a webinar from 4 to 3, they saw a conversion increase of 16.93%. And when Head & Shoulders shampoos them brought back from 26 to 15 they sold 10% more.

And we all know the frustration of finding a good energy, Internet or television supplier. Multiple providers with multiple packages to choose from and comparison sites which all give a different price. It’s a lot of hassle.

There are also experiments and studies that prove the opposite. As Marketing Experiments publishes an experiment in which the removal of a single input field resulted in a request for a conversion decline of nearly 40%.

Consumers also show a link between supply and quality: the more freedom they have, the better they beooordelen the company or brand. In an experiment, bought 80% of the participants’ t up to the mark with most products.

It is important to focus your offer: a restaurant with an extensive menu of one cuisine (Thai) was highly rated but same menu plus dishes from other cuisines scored worse.

It also shows that consumers make better choices in a wider range. To choose from 100 kinds of snacks you must sort in mind – and it appears that we choose rather than rational arguments. A healthy apple can we justify ourselves easier than a packet of biscuits.

What do you have now with this?

Offering too many choices is sometimes a problem. But not always. How to here as a company dealing with?

Test everything you let visitors choose. Subscription or contact forms for example, but also think of your navigation menu, subscription and payment plans and call-to-action in a newsletter or on a landing page. Run A / B tests so you can compare the results.

Make the choices as simple as possible. Specify menu items clear names that people recognize. Offers you multiple plans? Put the advantages and disadvantages clearly at a glance. Help Scout cleary shows the differences between their three options are: Advise people in their choice. A new mobile figure can be difficult. Therefore Belsimpel a decision aid. You fill in what your wishes are and you will see the three best phones. So help your customers to choose easily among hundreds of options.

Many products? Provide good filters. This, too, does well Belsimpel. You can filter by brand, price, color and variety of specific options. With filters, it is not only important that you have enough – you have to make it properties which would restrict people.

Unfortunately, there is no ready answer.

“Less is more” is not always true. But ‘more is more’ either.

So it is not wise without A / B testing, you shorten forms or to put one call-to-action in your newsletter. It is indeed wise to look at your website and marketing strategy critically. What choices allows you to create users? Are they all necessary? How are they presented?

The trick is not to stick to one principle. You should listen to your customers, understand what they want to test whether your site meets it – and adjust the process so that you are responding perfectly to the preferences of your customers. 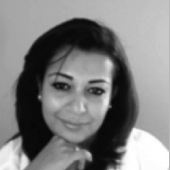 All stories by: ME.